TO FEEL AND UNDERSTAND

The attitude of children towards people with disabilities improves when they come into contact with them. This has been repeatedly noted in various medical studies and discussed at different venues. They spoke on this topic today and in the capital’s school No. 15. There was a Lesson of kindness-a training session with games, which was attended by students and teachers of the school, psychologists, as well as representatives of the Tiraspol charity organization “lions club”.

Disappointing data in recent years show that the level of disability among children is increasing. So it is extremely important that healthy peers learn to live next to and treat children with disabilities with respect, experts said.

Disabled children are one of the most vulnerable social categories. If the child feature is visible externally, or it is inadequate in behavior is almost always oblique side views. Unfortunately, our society is not yet familiar with inclusion (the process of actual inclusion of persons with disabilities in active public life) and does not particularly seek tolerance in OTN

osenii to “not like everyone else”. Children with disabilities are often doomed to involuntary isolation.

During the Lesson of kindness, students tried to perform several tasks in an unusual situation. For example, draw a picture on a blackboard with your eyes closed

mi. So, according to the psychologist, they were able to understand that every day people feel deprived of vision.

“I was one of the contestants. When I was blindfolded and I saw nothing, I realized how difficult it was for blind people. We must help these people, not to pass by, if they need our help,” said the sixth — grade student Maria Borsch.

During the lesson, the guys shared their experience with inval

ides. 8th grade student Nikita Bragin told me about a blind friend of his father. The first thing that struck the student, as this person trusts people.

“We once went to the wood. He saw nothing, and he trusted the man who led him. I believe that such people are not a burden on the family or society. We need to know how to communicate with them so that people with disabilities know that we respect and care for them,” Nikita Bragin said.

As an example of how people with disabilities can live a normal life, schoolchildren were told the story of the world-famous nick Vuicic. He is deprived of both arms and legs. At first this courageous person by improbable efforts learned to print, and then began to write motivational books. Today, they are very popular not only in patients but also in healthy people. Nick Vujicic motivational speaker works. It.

yut on the performances of all the continents. But success, nick has other joys in life – a beautiful wife and two perfectly healthy son.

In addition, students together with adults discussed what needs to be done in our country to improve the lives of people with disabilities. First of all, we started talking about creating a barrier-free environment that will allow you to use the surrounding space regardless of someone’s help.

We will remind, 2018 in Transnistria declared the Year of equal opportunities. The decree was signed by the President of PMR Vadim Krasnoselsky to attract the attention of citizens and the state to the problems of people with disabilities and ensure their successful integration into society as part of the creation of an accessible environment.

the Transnistrian public’s opinions. Earlier, representatives of public organizations appealed to the President with such a request. This idea was also supported by the parliamentary Committee on social policy, health, labour, family and childhood. 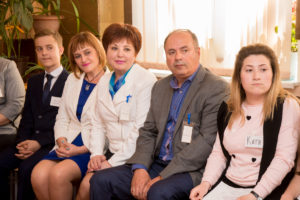 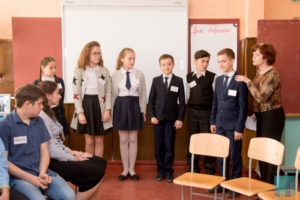 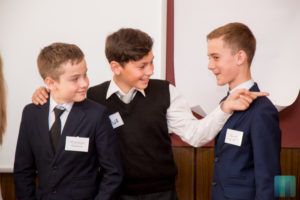